Year 62 After the Conquest (61 AC) is a year in the Westerosi calendar, the 61st after Aegon's crowning in Oldtown that maesters and educated people use as a reference to date the years.

In 61 AC king Jaehaerys I joined lord Rogar Baratheon and five hundred stormlanders in an assault at the Red Mountains to hunt down the Vulture King, that was being aided by Rogar's brother Ser Borys. Both outlaws were slain in less than half a year, in the conflict that would be known as "Lord Rogar's War" or the "Third Dornish War"[1] 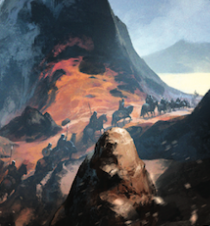