From A Wiki of Ice and Fire
Revision as of 14:55, 5 February 2021 by Thomaerys Velaryon (talk | contribs)
(diff) ← Older revision | Latest revision (diff) | Newer revision → (diff)
Jump to: navigation, search
This article is about the king. For the prince, see Baelor Targaryen (son of Daeron II).

Baelor I Targaryen, known as Baelor the Beloved and Baelor the Blessed, was the ninth Targaryen king to reign on the Iron Throne as Lord of the Seven Kingdoms. Known for his piety, Baelor was a septon as well as a king.[2] He was the second son of King Aegon III Targaryen and Queen Daenaera Velaryon, and ruled after the death of his older brother, King Daeron I Targaryen.

Baelor was a peaceful, devoted and pious man. He was very thin (due to his repeated fasts) and frail looking. He had a gentle, almost beatific smile,[6] and a reedy voice.[7] He wore a long beard and hair of typical Targaryen silver-gold color. His crown was made of flowers and vines.[6] Not a martial man, Baelor's favorite "weapon" was a prayer.[8]

Baelor married his younger sister, Princess Daena Targaryen, in 160 AC.[7] He refused to consummate their marriage,[9][7] however, causing his sister, who usually dressed all in black, to change her clothes to only whites in an attempt to shame him, as she had sworn to wear nothing else until she was properly bedded. The plan did not work, as Baelor liked to see his sister all in white, feeling it made her look more innocent.[10]

Upon the death of his brother, King Daeron I Targaryen, in Dorne, Baelor was crowned king and ascended the Iron Throne when he was seventeen. His uncle, Prince Viserys Targaryen, acting as Hand of the King, had sent fourteen Dornish hostages to the dungeons to await execution. Baelor's first act was to pardon the hostages and publicly forgive his brother's killers, despite outcry from his lords and council. Many similar acts of piety and forgiveness occurred throughout his ten-year reign.[7]

Baelor desired to "bind up the wounds" of his brother's war and personally return the hostages to Dorne. The king walked the Boneway barefoot and clad in sackcloth, while the hostages rode horses. His journey took him to the location where House Wyl had imprisoned Prince Aemon Targaryen of the Kingsguard. Baelor pleaded to Lord Wyl to free the naked and caged Aemon, but was refused. Offering a prayer instead, Baelor continued his journey, swearing he would return.[7]

Baelor arrived at Sunspear after an arduous journey, which was considered the first miracle of his reign. Baelor forged a peace with the Prince of Dorne, which was considered the second miracle. Part of the agreement was that Baelor's young cousin, Prince Daeron, the only grandson of his uncle and Hand, Prince Viserys, would marry the eldest daughter of the Prince of Dorne, Princess Myriah Martell, when both children were of age. Baelor refused the prince's offer of a galley back to King's Landing. The prince made efforts to ensure that Baelor would be met with hospitality on his way back on foot. Special attention was paid to Lord Wyl, as Baelor had requested the Prince of Dorne to command Aemon's release. Yet, when Baelor returned to Aemon's location, Aemon's imprisonment had gotten worse.[7]

Lord Wyl granted Baelor a key to Aemon's cage, which was now suspended over a pit of vipers. Aemon begged Baelor to leave and seek aid, but Baelor felt the gods would protect him. While singers like to say the vipers bowed their heads to Baelor as he passed, not daring to strike because he was pure and holy,[11] Baelor was bitten, though sources differ on how often, ranging from half a dozen[7] to half a hundred.[11] Aemon pulled Baelor from the pit, into the cage, and climbed to safety with the king upon his back. Aemon carried the unconscious king along the Boneway until they reached the safety of first House Dondarrion at Blackhaven and then House Baratheon at Storm's End.[7]

Upon his return to King's Landing, Baelor convinced the High Septon to dissolve his marriage to his sister Daena, since it had been contracted before he had become a king and was never consummated.[12][7] Baelor then placed his sisters—Daena, Rhaena, and Elaena—in their "Court of Beauty" in the Red Keep, later called the Maidenvault. Baelor wanted to preserve the innocence of his sisters from the wickedness of the world, and from the lusts of men,[10][7] and prevent them from tempting the men at court with carnal thoughts.[13][14] There were people who wondered whether or not Baelor feared the beauty of his sisters on his own behalf. Many protested this idea, including the Hand Viserys, the princesses themselves, and other members at court, but Baelor would not relent. The three were kept in comfortable confinement, and lords and knights send maidens to the Maidenvault to gain favor with Baelor.[7] 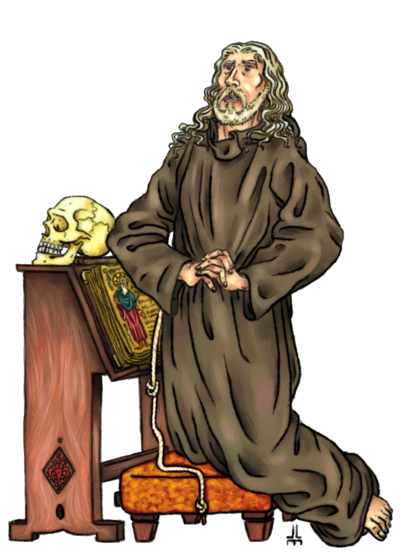 Baelor next decreed prostitution to be outlawed in King's Landing, putting more than a thousand whores and their children out of the city. This was heavily protested, but Baelor refused to listen and closed his eyes to the unrest that followed. He busied himself with building a new sept on Visenya's Hill which he had seen in a vision. The construction of this great sept would not be completed until years after Baelor's death. The smallfolk loved Baelor, as the king emptied the treasure regularly for his charitable acts. Baelor's erratic decisions made his lords uneasy, wondering if the snake venom had affected his mind. Being a septon prevented Baelor from having children, and the High Septon gained increasing influence over the spiritually-inclined king.[7]

Baelor earned the contempt of his nobles by forcing the proud Lord Belgrave to wash the feet of a leper.[15] He tried to replace messenger ravens with doves, as described in Maester Walgrave's Black Wings, Swift Words. He granted tax exemption to lords who protected their daughters' virtue through chastity belts,[7] and attempted to birth new dragons by praying over his dragon egg for half a year, yet his prayers went unanswered.[14] He donated a loaf of bread to each man and woman in the city for a year. He also had many books burned, including all copies of The Testimony of Mushroom by Mushroom and Dragons, Wyrms, and Wyverns: Their Unnatural History by Septon Barth, because he claimed Barth was more a sorcerer than a septon,[16] the contents of the book having been enough to win Baelor's enmity.[7]

Towards the end of his reign, Baelor would fast to the point of fainting to tame the lusts that shamed him.[12][7] When the High Septon died, Baelor choose a simple stonemason called Pate as the replacement, as the gods had told him. Pate carved stonework so beautifully that Baelor believed him to be the Smith in human form. The new High Septon could not read, write or recite any prayers, was described as a lackwit, and died of a fever the next year after taking office. Rumor spread that Viserys had him poisoned to end the embarrassment to the realm. Baelor then raised a street urchin of eight years to the position, as Baelor claimed the boy worked miracles.[17][7]

When Baelor's cousin, Princess Naerys, gave birth to twins who both died shortly after their delivery in 161 AC, the king fasted for a moon's turn. When his sister and former wife, Daena, gave birth to a bastard named Daemon Waters in 170 AC, Baelor fasted for forty days and nights, refusing to take anything but water and some bread. On the forty-first day of his fast, in 171 AC, the king collapsed, and neither Grand Maester Munkun or the boy High Septon could save him.[7]

History says Baelor starved himself to death by the prolonged fasting to cleanse himself of lust, but some believe he was poisoned by his Hand and uncle, Viserys.[11] Some claim Viserys did so to gain the throne, but others claim Viserys had done so for the good of the realm, as Baelor had come to believe that the Seven wanted him to convert all the non-believers in the entire realm. Had Baelor been able to put these beliefs into action, war with the old gods-following north and the Drowned God-worshiping Iron Islands would have resulted.[7]

None of the Targaryen kings are as beloved as Baelor. He loved the smallfolk and the gods in equal parts, yet imprisoned his own sisters in the Maidenvault.[18] Some remember him as a great and holy man and praise him for his contributions to the Faith, for forging a peace with Dorne, his mercy and his many acts of charity.[11] Others are less impressed by him, believing him to be an overly zealous weak fool.[19] Ser Eustace Osgrey considered Baelor to be the feeblest king.[19]

A statue of the king was placed before the Great Sept of Baelor in King's Landing.[2] After Dorne joined the Seven Kingdoms, King Daeron II Targaryen and Maron Martell, Prince of Dorne, laid a golden wreath at the statue and said, "Baelor, your work is done."[20]

After the Battle of the Blackwater, Ser Axell Florent urges Stannis Baratheon to attack Claw Isle, put the island population to the sword, and loot the wealth rumored to reside there. When Stannis tells Axell to tell his plan to Ser Davos Seaworth, Axell turns to the Onion Knight with a look on his face that Davos thinks is much like the look that proud Lord Belgrave must have worn on the day when King Baelor the Blessed had commanded him to wash the beggar's ulcerous feet.[15]

Tyrion Lannister thinks of the king as Baelor the Befuddled,[3] and Cersei Lannister recalls Tyrion saying that King Baelor was terrified of his own cock.[18]

Tyrion: Someone had to save the realm from Baelor's follies.


Sansa: But Baelor the Blessed was a great king. He walked the Boneway barefoot to make peace with Dorne, and rescued the Dragonknight from a snakepit. The vipers refused to strike him because he was so pure and holy.


Oberyn: If you were a viper, my lady, would you want to bite a bloodless stick like Baelor the Blessed?[11]
—Tyrion Lannister, Sansa Stark, and Oberyn Martell

Lancel: Marriage requires consummation. King Baelor was made to wed his sister Daena, but they never lived as man and wife, and he put her aside as soon as he was crowned.
Jaime: The realm would have been better served if he had closed his eyes and fucked her. I know enough of history to know that.[9]

He was a rare spirit, pure and brave and innocent, untouched by the evils of the world.[9]

The Targaryen dynasty had produced kings both bad and good, but none as beloved as Baelor, that pious gentle septon-king who loved the smallfolk and the gods in equal parts, yet imprisoned his own sisters. It was a wonder that his statue did not crumble at the sight of her bare breasts.[21]