Difference between revisions of "Fighting pits of Meereen" 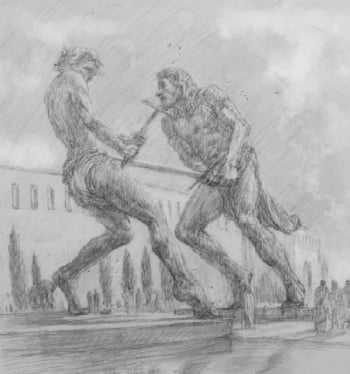 During their audience with her all seven pit fighter give Dany practical reasons as to why they want her to re-open the pits so that they can risk their lives on the scarlet sands. Dany tells them she will consider all they have said.