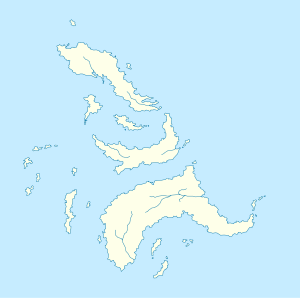 Jhala
The Summer Isles and the location of Jhala

Jhala is the southernmost of the three largest of the Summer Islands, and the largest overall - two hundred leagues from tip to tip - though not the most populated. Walano and Omboru are each less than half the size of Jhala, though either of them is still larger than all the landmass of the Stepstones combined and together the three of them are home to more than nine-tenths of the people of the isles. As with the other two large islands in the chain, Jhala is large enough to support multiple rival princedoms.[1]

The Red Flower Vale is a river valley in eastern Jhala and the Sweet Lotus Vale is a river valley in western Jhala. Ebonhead is a town on its southern coast at the mouth of the Sweet Lotus Vale. To its north are the Indigo Straits and the island of Omboru. To the south is Parrot Bay and the three islands called The Bones, as well as the islands Xon and Doquu. To the west is the island Moluu. The Golden Head is a peninsula in southeast Jhala. To the north of Golden Head is a group of small islands called Lizard Head.[2]

Prized goldenheart trees grow in the vast forests of Jhala and there are apes called silver pelts in the mountains of the island. The beaches have green and black sand and there are crocodiles in the rivers.[1]

Xanda Qo, Princess of Sweet Lotus Vale, united the Summer Isles under her rule and started to put an end to slavery on the isles.[1]

Jalabhar Xho, Prince of the Red Flower Vale,[3] was exiled and became a member of King Robert I Baratheon's court.[4]