Quentyn is short and stocky with a plain face. He is very serious and does not smile easily.[1] Ser Barristan remarks that he "seems a decent lad, sober, sensible, dutiful...but not the sort to make a young girl's heart beat faster."[2]

At a young age, Quentyn was sent to be fostered by Lord Anders Yronwood, whom he served as a page and squire. He was given his knighthood by Lord Yronwood, turning down the offer of Prince Oberyn Martell.[3]

Quentyn is believed to be in the Boneway with the host of Lord Yronwood. However, he has crossed the narrow sea in secret.[3] Arianne Martell, knows he has crossed the sea and believes Quentyn is recruiting mercenaries to displace her as heir of Dorne, with the approval of their father.[3]

Quentyn has been sent across the narrow sea with Cletus Yronwood, Ser Gerris Drinkwater, Ser Willam Wells, Ser Archibald Yronwood and Maester Kedry to bring Daenerys Targaryen to Dorne. Cletus and Willam are slain, however, when their ship, the Meadowlark, is boarded by corsairs and they fight to repel them. Kedry dies as well.[4] 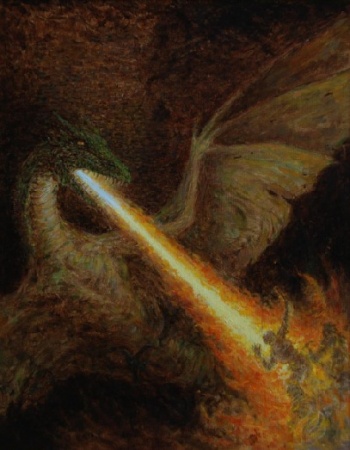 When Quentyn and his companions reach Volantis, Gerris pretends to be a wine merchant looking for a ship to take him and his two "servants" to Meereen. Every captain they try to convince to take them on this journey refuses, and in the end they are forced to seek passage on the smuggler's ship Adventure.[5] No trade ships are leaving for Meereen due to the fighting pits now being closed and the slave trade there banned.[6][7] Quentyn and his companions join the Windblown, a mercenary company hired by Yunkai, as a way to reach the Queen.

Quentyn and his companions fight beside the Windblown when they lay siege to Astapor and win the battle. Quentyn is given the nickname "Frog" by the other Windblown. When Quentyn, Gerris and Yronwood are planning to desert the mercenaries, the Tattered Prince, leader of the Windblown, summons them. At first they believe that they are discovered, but soon it becomes clear that the mercenary captain has other plans for them. They are to join a group of Westerosi, all of them part of the company, pretending that they want to leave the Tattered Prince and fight for Daenerys. With this move, the Tattered Prince wants to make sure that if the tides turn he will be still on the winning side.[8]

Once they reach Meereen and present themselves to Daenerys as recruits to the Stormcrows,[9] Quentyn and his companions reveal themselves. They tell Daenerys of a pact that was sealed over 15 years ago, signed by Willem Darry and Oberyn Martell with the Sealord of Braavos witnessing the signatures. The pact was for Viserys Targaryen to wed Arianne Martell in return for Dorne's support in helping him regain his Iron Throne. With Viserys dead, Quentyn now offers himself as a husband for Daenerys in return for the support of Dorne. Daario Naharis mocks Quentyn, saying he is a boy and Daenerys needs a man. This angers Quentyn's companions. Quentyn tries to convince Daenerys that it's not too late to abandon her marriage to Hizdahr zo Loraq and go back to Westeros.

The Queen, however, does not accept Quentyn's proposition. Although Daenerys is courteous to Quentyn and his companions, she urges the Dornish envoy to go home.[10] Later, Barristan Selmy notes that if Gerris were the prince the events may have turned in complete different direction since he is more attractive than Quentyn.

After Daenerys disappears on Drogons back,[11] Ser Barristan Selmy advises the three Dornishmen to go back to Westeros and forget about the pact, but Quentyn turns the friendly advice of the old knight down, stating that he does not wish to return to Dorne empty handed.[12]

Quentyn hopes that since he has dragon blood in his veins he will be able to tame at least one of Dany's dragons. He goes over to the Tattered Prince, enlisting the Windblown's help in seizing the dragons. The Tattered Prince agrees in return for Pentos. Quentyn agrees.[13] However, when Quentyn tries to tame Viserion, he turns his back on Rhaegal. Too late he realizes his mistake and turns as Rhaegal bathes him in dragonfire. The Windblown mercenaries flee, and the dragons escape.[14] Quentyn dies four days later covered in burns.[15]

Quentyn's father, Doran Martell, is very much aware of his duties as prince of Dorne.[16] Although he seems to love his children, they nevertheless have to play their part in that duty. Quentyn was fostered to the Yronwoods to mend the relation between them and the Martells.[17] While Quentin was raised by the Yronwoods, he received letters from his father reminding him about his duties.[3] His father also told him to be prepared to become the next prince of Dorne. At this time Doran secretly planned to have Arianne, Quentyn's elder sister, marry Viserys Targaryen.[18]

Later Quentyn goes to the east to marry Daenerys Targaryen as ordered by his father.[18] When his journey is difficult he reminds himself of the trust his father has put into him and feels he cannot disappoint him. This motivates Quentyn to continue the journey regardless of the danger.[1]

"She wants fire, and Dorne sent her mud. You could make a poultice out of mud to cool a fever. You could plant seeds in mud and grow a crop to feed your children. Mud would nourish you, where fire would only consume you, but fools and children and young girls would choose fire every time"

-Barristan Selmy's notion why Daenerys rejected Quentyn's marriage proposal, in spite of the fact that a Dornish ally would strengthen her cause.[19]