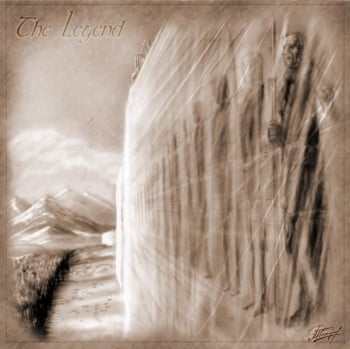 The 79 deserters keep their post.
(art by Roman Papsuev)

The seventy-nine sentinels is an infamous story of the Night's Watch.[1]

According to the story, seventy-nine deserters of the Night's Watch abandoned their posts at the Nightfort, a fortification on the Wall, and went south, becoming outlaws. One was the youngest son of Lord Ryswell. When the deserters reached the lands of House Ryswell, they sought shelter with its lord, but instead they were captured and returned to the Wall. As punishment, holes were cut into the Wall and each of the deserters were placed in their own hole with spears and horns. The holes were then sealed up with the men inside.[1]

Later when he was dying, Lord Ryswell had himself carried to the Wall to take the black so he could stand beside the son that he had condemned to certain death.[1]

They left their posts in life, so in death their watch goes on forever.[1]