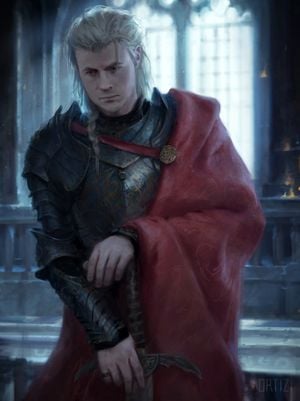 The Targaryen dynasty ended with Robert's Rebellion. The new royal house, House Baratheon of King's Landing, did not continue the use of the formal title. Instead, King Robert I Baratheon granted Dragonstone to his younger brother, Stannis, as his personal seat. He now rules Dragonstone as the Lord of Dragonstone, a title which had also been used by the Targaryens prior to Aegon's Conquest.

However, King Aerys II's youngest son, Viserys, had been crowned on Dragonstone after his father's death, prior to the castle's fall. As his sole heir, his sister Daenerys has claimed the title "Princess of Dragonstone". Read more...