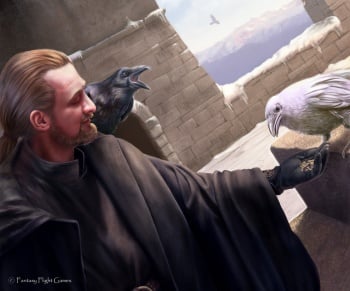 Bowen Marsh serves as Lord Steward for the Watch.[1]

With much of the Watch in the great ranging beyond the Wall, Bowen remains at Castle Black as castellan.[5]

Bowen participates in the mutiny at Castle Black against Lord Commander Jon Snow.[6]