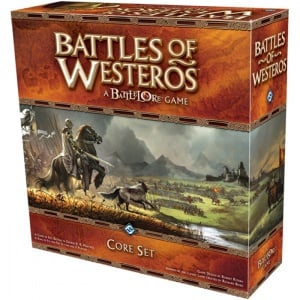 Battles of Westeros is a two-player miniature-based wargame created by Robert A. Kouba and released by Edge Entertainment and Fantasy Flight Games in 2010. The game is based on the A Song of Ice and Fire fantasy series by George R. R. Martin.

In the basic game, one player commands the forces of House Stark and the other commands House Lannister. The expansions introduce new powers.