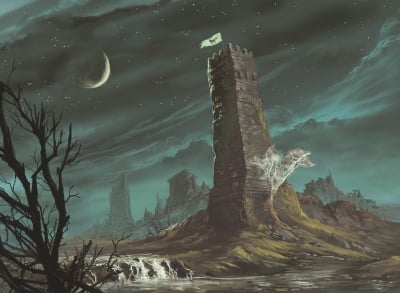 The Gatehouse Tower is one of the three remaining towers of Moat Cailin, the others being the Children's Tower and the Drunkard's Tower. It is the only tower which still stands straight, even retaining some of the walls around it.[1]

Robb Stark takes this tower as his seat when he marches south.[1]

During the siege of Moat Cailin, Ramsay Bolton sends Theon Greyjoy to offer the ironborn garrison of Moat Cailin food and safe passage if they surrender to House Bolton unarmed. Theon succeeds in entering the Gatehouse Tower, where he discovers forty-eight ironmen are still holding the tower. Most are men from House Codd.[2]