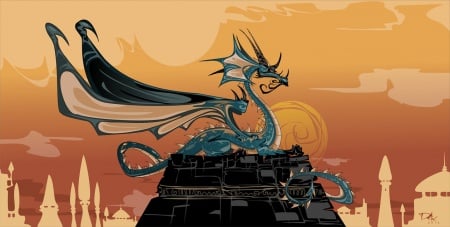 The Pyramid of Yherizan, Rhaegal's new home - by Dejan Delic ©

The House is hostile to the rule of Daenerys Targaryen and its household is suspected of being members of the Sons of the Harpy.[1]

When the dragon Rhaegal escapes from its imprisonment, he makes his new lair in the great black pyramid of Yherizan. The pyramid is now a smouldering ruin and its former occupants are either dead or in flight.[2]

House of Yherizan at the end of the third century

The known members of House Yherizan during the timespan of the events described in A Song of Ice and Fire are: