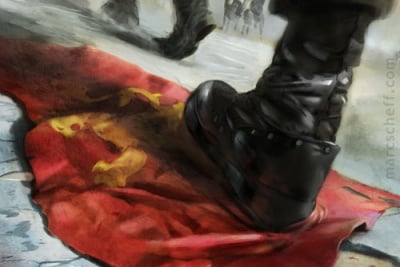 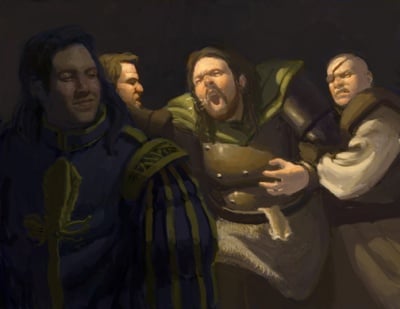 A turncloak is the term used for a treacherous, disloyal person who has betrayed those who put their faith in them, those who previously considered the turncloak loyal and true and worthy of trust.

The betrayal is often an act of double-crossing, suddenly changing alliances and going over to the enemy, etcetera. To name someone a turncloak is to name them the worst kind of betrayer.

Once a person is considered a turncloak they can become a pariah and no one will put their trust in them or ever respect them, not even the people who greatly benefited from their betrayal.

"Theon Turncloak," someone said as he passed. Other men turned away at the sight of him. One spat. And why not? He was the traitor who had taken Winterfell by treachery, slain his foster brothers, delivered his own people to be flayed at Moat Cailin, and given his foster sister to Lord Ramsay's bed. Roose Bolton might make use of him, but true northmen must despise him. [1]

"You're the one they call Turncloak. Why should we believe your promises?" [2]

…"Mance Rayder swore an oath as well," Marsh went on. "He vowed to wear no crowns, take no wife, father no sons. Then he turned his cloak, did all those things, and led a fearsome host against the realm."