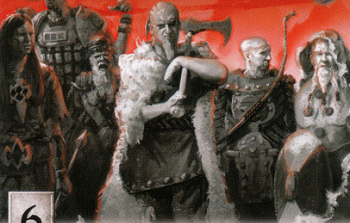 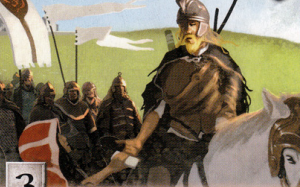 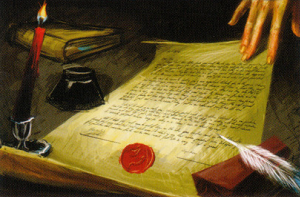 A sellsail is a hired sailor who engages in naval battles for pay, including seaborne mercenaries and pirates. Most fleets are based in the Stepstones.[20] Sellsails such as Salladhor Saan may work as pirates or smugglers when not employed.[21]

Many ironborn, including Harwyn Hoare and Dalton Greyjoy, have worked as sellsails,[22][23] as have Summer Islanders.[24] 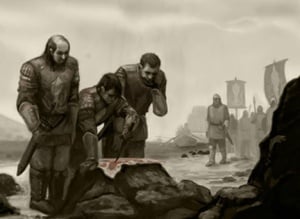 During the coming of the Andals to Westeros, some Andals were hired as mercenaries by First Men to fight their rivals, only to betray their patrons.[26] Andals and sellswords helped to bring down House Greyiron in the Iron Islands.[27] Lord Torrence Teague used wealth raided from the westerlands to hire sellswords from Essos, allowing him to eventually become King of the Trident.[28]

The Bright Banners and the Second Sons fled instead of facing the khalasar of Khal Temmo, but the Three Thousand of Qohor held off the Dothraki.[29]

Prince Daemon Targaryen hired sellswords for his war for the Stepstones.[30] During the Dance of the Dragons, Ser Perkin the Flea granted knighthood to any sellswords who supported Trystane Truefyre, and mercenaries flocked to support Hugh Hammer.[9] The collapse of the Triarchy greatly increased demand for mercenaries in Essos, causing surplus northmen after the Hour of the Wolf and other Westerosi to found new free companies.[31]

The Golden Company was founded by Ser Aegor Rivers and other Westerosi exiles in the aftermath of the First Blackfyre Rebellion.[32] Ser Lucas Inchfield considered Ser Duncan the Tall and Ser Bennis of the Brown Shield to have been sellswords when they served Ser Eustace Osgrey as sworn swords.[33]

The peace between Braavos and Pentos prohibits the Pentoshi from hiring sellswords or free companies.[34] House Baelish descends from a Braavosi sellsword.[35]

King Robert I Baratheon ponders abdicating the Iron Throne and fighting as a sellsword.[36] Hiring an army of sellswords is not as expensive as hiring a Faceless Man to kill a merchant.[37]

The sellswords Bronn and Chiggen help Catelyn Stark arrest Tyrion Lannister in hope of reward, and Bronn defends Tyrion in his trial by combat in hope of gold from Casterly Rock.[38]

Sellswords and freeriders flock to the service of Lord Tywin Lannister at the Rock as tensions rise in the Seven Kingdoms.[39] Similar men join the host of Robb Stark.[40]

Stannis Baratheon hires sellswords and sellsails from Lys and Myr in preparation for the War of the Five Kings.[41][42]

Ser Stafford Lannister raises a new host from sellswords, freeriders, and boys from Lannisport.[43] The host is destroyed by Robb in the Battle of Oxcross, however.[44]

Tywin employs the Brave Companions as reavers and foragers in the riverlands.[13] Vargo Hoat betrays the Lannisters, however, and his Bloody Mummers aid in the fall of Harrenhal.[45] 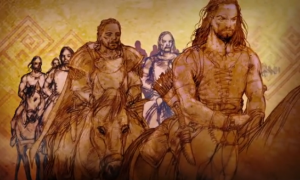 The Golden Company breaks its contract with Myr, the first time it has ever done so.[49]

After the fall of Meereen to Daenerys, Yunkai hires several free companies to defeat her.[50] Doran Martell, Prince of Dorne, sends his son, Prince Quentyn, to Essos to ally with and wed Daenerys.[51] Quentyn and his companions, Ser Gerris Drinkwater and Ser Archibald Yronwood, join the Windblown during their journey.[8]

Ben leads the Seconds Sons from Daenerys's service over to the Yunkai'i.[52] Tyrion and Ser Jorah Mormont join the company during the second siege of Meereen.[53] After Daenerys disappears from Meereen, Quentyn allies with the Tattered Prince in a failed scheme to claim dragons.[54][55]

Supporting Aegon Targaryen, Jon Connington and Harry Strickland lead the landing of the Golden Company in the stormlands.[16] There are reports of sellswords landing throughout southern Westeros.[56]

Stannis orders Ser Justin Massey to sail to Braavos and use the Iron Bank's gold to hire a reputable company.[57] 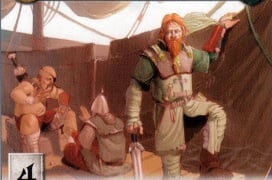 More than once, I have dreamed of giving up the crown. Take ship for the Free Cities with my horse and my hammer, spend my time warring and whoring, that's what I was made for. The sellsword king, how the singers would love me.[36]

A man who fights for coin is loyal only to his purse.[58]

Tyrion: In Westeros, the word of a Lannister is considered good as gold.
Tybero: This is not Westeros. On this side of the narrow sea, we put our promises on paper. Debts written on the wind tend to be ... forgotten, shall we say?[53]