Viserys Targaryen (son of Aenys I)

From A Wiki of Ice and Fire
Jump to: navigation, search
For others with the same name, see Viserys Targaryen (disambiguation).

Prince Viserys Targaryen was the second son of King Aenys I Targaryen and Queen Alyssa Velaryon.

Viserys was a promising lad beloved of the commons.[1] 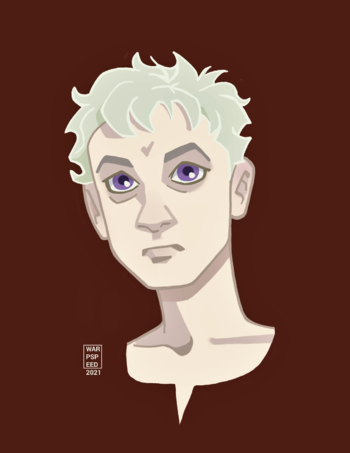 Viserys was born in 29 AC[1] the thirdborn child of Prince Aenys Targaryen and Lady Alyssa Velaryon.[2] Viserys and his older brother, Prince Aegon, were with their grandfather, King Aegon I Targaryen, on Dragonstone when Aegon the Conqueror died in 37 AC, whilst telling his grandsons tales of his conquests.[3]

Reign of Aenys I

The eight-year-old Viserys travelled with his parents and older siblings to Oldtown, where his father, King Aenys I Targaryen, was anointed by the High Septon.[1]

In 42 AC, Viserys was present on Dragonstone for the funeral of his father.[1]

Reign of Maegor I

After the death of Viserys's father, King Aenys I, it was not Viserys's older brother, Aegon, who ascended the Iron Throne, but Viserys's uncle, Maegor. Viserys was present for Maegor's marriage to Tyanna of the Tower.[1]

To make sure his family did not try to overthrow him, King Maegor took Viserys, by then the eldest living son of his late brother, as his squire and hostage. After Dowager Queen Visenya Targaryen died in 44 AC, Viserys's mother, Dowager Queen Alyssa Velaryon, fled with Viserys's younger siblings, Jaehaerys and Alysanne.[4]

Because of this, Maegor the Cruel had Viserys tortured for nine days until the prince died. His body was left in the courtyard for a fortnight, in the hopes that his mother would feel forced to return to claim the body of her son, but Alyssa did not return. At the time of his death, Viserys was fifteen years old.[4]

After ascending the throne, Viserys's brother Jaehaerys I Targaryen offered clemency to the majority of the realm, but this did not extend to Maegor's headsmen, gaolers and confessors who had assisted in Viserys's torture and death. They were all executed, their heads and hands delivered to Viserys's mother, who was pleased with the tokens.[5]

Maegor: Chain him in a black cell and question him sharply. Ask him where his mother has gone.


Maegor: Then let him die. Perhaps the bitch will turn up for his funeral.[1]
—Maegor I Targaryen and Owen Bush