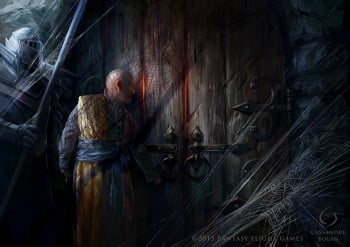 A man spies on Jaime and Cersei Lannister as they converse. © FFG 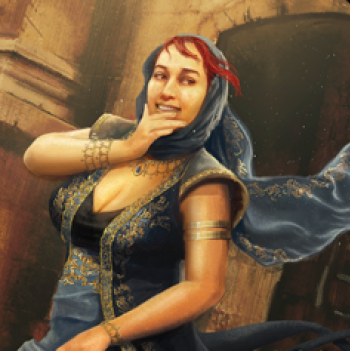 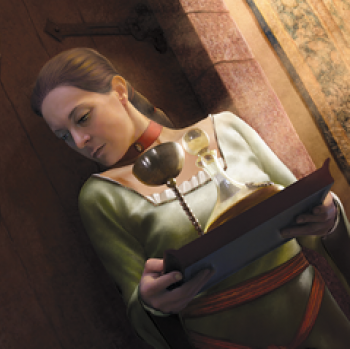 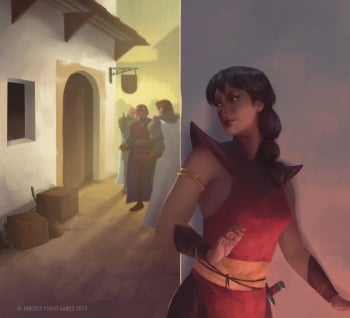 Espionage or spying involves a spy ring made up of individuals obtaining information considered secret or confidential without the permission of the holder of the information in order to benefit from that information, especially when playing the game of thrones. The chief spy is called a spymaster. In Westeros the master of whisperers is the king's spymaster. Spymasters and their spies are sometimes called "spiders".

Quentyn had begun to think that they might have done better to buy their own ship in the Planky Town. That would have drawn unwanted attention, however. The Spider had informers everywhere, even in the halls of Sunspear.[17]

Wait, I say. Gather our power, win some small lords to our cause, let Lysono Maar dispatch his spies to learn what we can learn of our foes.[18]

Did you truly expect me to believe you were about the queen's business in that whorehouse? Defending her from half a world away? Or could it be that you were running, that your dragon queen sent you from her side? But why would she … oh, wait, you were spying on her.[19]

Sour Alyn, Luton, Skinner, and the rest, where does he think they came from? Can he truly believe they are his men?[10]

Lower your voice, fool. You should not even jape about such things. You never know who could be listening. The Spider has ears everywhere.[20]

—Armen, to Mollander after his noisy toast to Daenerys Targaryen at the Quill and Tankard