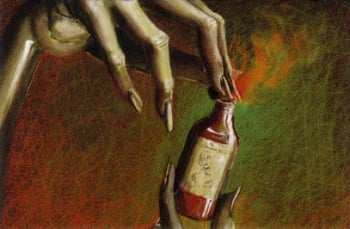 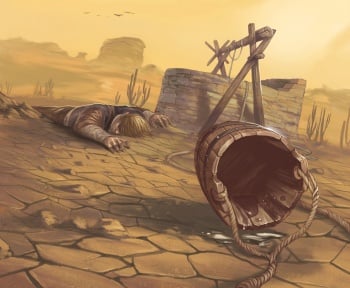 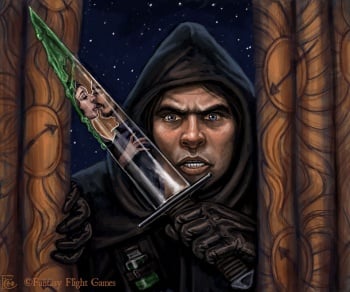 Poison may also be delivered by coating a weapon - by Felicia Cano. © Fantasy Flight Games

Many poisons are used throughout the Seven Kingdoms and in the East. The Maesters of the Citadel study the histories and qualities of various poisons in addition to their healing arts, but their use seems to be more widespread in the Free Cities[1] and the assassins' guilds. Poisons are also used in the further east, such as in Meereen, and in Qarth, where the Pureborn are notorious for offering poisoned wine to those they consider dangerous. [2]

Poisons are regarded with fear and loathing by knights and high lords alike in the feudal society of the Seven Kingdoms. Many regard them as vile weapons used only by the debauched sots of the Free Cities. It is also considered as a weapon of cravens[1], eunuchs[1], bastards and women[1]

Common poisons include nightshade, derived from a plant, and powdered greycap, derived from a variety of toadstool. Animal and insect venoms such as basilisk and manticore venom are also known to be used, though they are harder to gather. Manticore venom is particularly vicious and can be treated to make it work more slowly, causing its victim to die in slow agony. Every hedge maester knows the common poisons.[1]

Rare poisons include the strangler, which is made from a plant found only in the Jade Sea. It kills by closing the windpipe and therefore suffocating its victims. It is a poison that has been used in the past to kill kings, a reason many kings now employ food-tasters.

The tears of Lys is an odorless and colorless poison, killing by attacking the stomach and bowels.

There are also ambiguous poisons. Moon tea aborts pregnancies, which makes some maesters reluctant to call it a medicine. Sweetsleep brings deep sleep in small doses, but larger doses can kill. Large enough doses of most medicines can be fatal; the difference with sweetsleep is that the fatal dose is still quite small relative to other medicines. A maester must therefore be very careful when administering it.[3] Some poisons do not kill, but only make the victim indisposed for a time.[4] Poisons are commonly administered to victims in food or drink, which can also serve to mask their taste and odor. Because of this, noble kitchens are often guarded, and food tasters are employed to protect their masters' lives with their own. Even so, clever poisoners manage to slip past the safeguards from time to time, and at least as many nobles' deaths are caused by a poisoned cup or dish as by a bloodied blade, if not more so. Poison may also be delivered by coating a weapon or even through the skin. An assassin may even coat a gold coin with poison, and pass it to the target who is poisoned when he bites the coin to test its value.[5][6]

Characters known to use poison 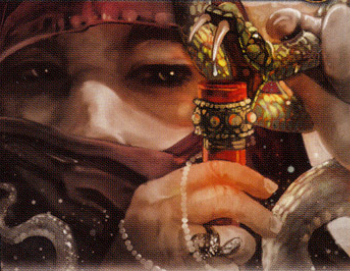 Characters known to have been poisoned

Characters suspected to have been poisoned 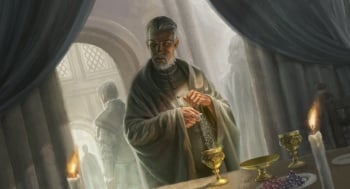 Schemes of the Scholar - by Mike Capprotti. © Fantasy Flight Games

The poisoner is beneath contempt.[1]

No true man killed with poison. Poison was for cravens, women, and Dornishmen.[8]

Poison is a foul and filthy way to kill.[9]

I begged Lord Arryn to use a taster, in this very room I begged him, but he would not hear of it. Only one who was less than a man would even think of such a thing, he told me.[11]

I was weaned on venom, Dalt. Any viper takes a bite of me will rue it.

We know more of [poison] in the Free Cities. It is the tears, never doubt it. The old maester would have seen it soon enough, so he had to die first. That is how I would do it. Not that I would. Poison is ... dishonorable.[13]