The Rains of Castamere

For the television episode, see The Rains of Castamere (TV). 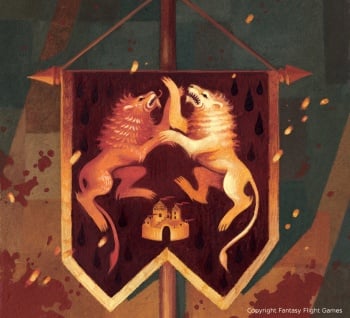 The Rains of Castamere - by Serena Malyon. © FFG

"The Rains of Castamere" is a song which immortalizes the destruction of House Reyne of Castamere by Tywin Lannister during the Reyne-Tarbeck revolt. 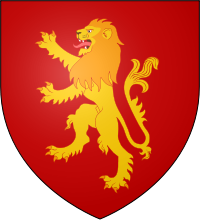 The golden lion of House Lannister 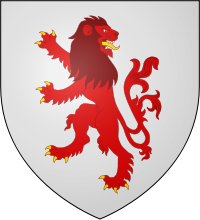 The red lion of House Reyne

And who are you, the proud lord said,
that I must bow so low?
Only a cat of a different coat,
that’s all the truth I know.
In a coat of gold or a coat of red,
a lion still has claws,
And mine are long and sharp, my lord,
as long and sharp as yours.
And so he spoke, and so he spoke,
that lord of Castamere,
But now the rains weep o’er his hall,
with no one there to hear.
Yes now the rains weep o’er his hall,
and not a soul to hear.[1]

House Reyne was obliterated after they rebelled against their liege lord, Tytos Lannister, who was perceived as weak by his own vassals. To restore Lannister dominance, Tytos's eldest son and heir, Ser Tywin Lannister, marched against the upstart Lord of Castamere, Roger Reyne, known as the "Red Lion of Castamere". By the end of the rebellion, Castamere had been flooded and all members of House Reyne killed.[2] The title is thus a play on words, as the "rains" fall over the empty halls of the "Reynes" who have been killed to the last man, and "not a soul to hear".[3]

The song was played by an envoy of Lord Tywin Lannister to truculent House Farman of Faircastle. It was enough to make Lord Farman reconsider his position.[3]

"The Rains of Castamere" is among the songs sung by Tom of Sevenstreams after the battle at the burning septry.[1]

During the Red Wedding, the song is the signal for the forces of House Frey and House Bolton to turn on the Starks and Tullys and slaughter them. Lady Catelyn Stark recognizes the tune, but by the time she realizes what is happening, it is already far too late; as the song starts, so does the bloodbath that ends the life of Robb Stark, King in the North, and the rebellions of the north and the riverlands against the Iron Throne.[4] The song selection was plotted by Lothar Frey and Lord Roose Bolton.[5]

The song is performed by Hamish the Harper and Collio Quaynis to honor Lord Tywin Lannister at the wedding feast of King Joffrey I Baratheon and Queen Margaery Tyrell.[6]

Marillion sings the song while in a sky cell at the Eyrie.[7]

Olenna Tyrell is disappointed that the Blue Bard does not sing "The Rains of Castamere" at the wedding feast of Margaery and King Tommen I Baratheon.[8]

Ser Jaime Lannister has Tom play the song to the captive Lord Edmure Tully to remind him what would happen to his family if he does not surrender Riverrun.[9]

The first occurrence of "The Rains of Castamere" in the HBO television series Game of Thrones is in episode one of season two, "The North Remembers", when Tyrion Lannister whistles the refrain as he enters the small council for the first time.[10] In the ninth episode of season 2, "Blackwater", Bronn sings the song with his men outside the Red Keep while drinking. Here, the song is featured in a more complete form. The song is also performed in the closing credits of the same episode by the indie rock band The National, sung by their vocalist Matt Berninger.[11][12] On the published tracklist of the soundtrack, the title is spelled "The Rains of Castomere" rather than "Castamere" as in the novels.[13] The music was written by Ramin Djawadi and the lyrics by George R. R. Martin.

During episode two of season three, "Dark Wings, Dark Words", Thoros of Myr sings "The Rains of Castamere" when the brotherhood without banners finds Arya Stark.[14] Cersei Lannister relays the history of the song to Margaery Tyrell in episode eight, "Second Sons".[15] In episode nine, "The Rains of Castamere", the famous song is performed by the musicians at the Twins to begin the Red Wedding.[16]

During episode two of season four, "The Lion and the Rose", the song is performed during the wedding feast of King Joffrey I Baratheon.[17] It is also performed in the end credits by the band Sigur Rós, whose band members portray the musicians within the episode.[18]

Lord Tywin did not suffer disloyalty in his vassals. He had extinguished the proud Reynes of Castamere and the ancient Tarbecks of Tarbeck Hall root and branch when he was still half a boy. The singers had even made a rather gloomy song of it.[3]

No one sang the words, but Catelyn knew "The Rains of Castamere" when she heard it.[4]

Alaric of Eysen. I do so hope he plays 'The Rains of Castamere.' It's been an hour, I've forgotten how it goes.[6]

Doran: Obara, look at the children, if it please you.
Obara: It does not please me. I'd get more pleasure from driving my spear into Lord Tywin's belly. I'll make him sing 'The Rains of Castamere' as I pull his bowels out and look for gold.[19]