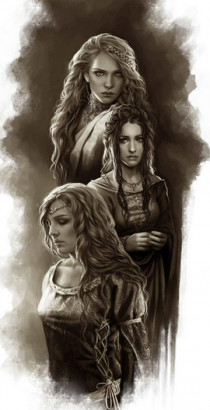 Year 47 After the Conquest (47 AC) is a year in the Westerosi calendar, the 47th after Aegon's crowning in Oldtown that maesters and educated people use as a reference to date the years.

47 AC is remembered for King Maegor's decision to take three new brides, to ensure that he finally produced an heir. He chose widowed mothers of proven fertility, and married them simultaneously in a ceremony at King's Landing officiated by the High Septon.[1]