From A Wiki of Ice and Fire
Jump to: navigation, search
"Jory" redirects here. See also Jorelle Mormont, who is affectionately called Jory.

Jory Cassel is a member of House Cassel and the captain of the household guard at Winterfell for House Stark.[3] In the television adaptation Game of Thrones he is played by Jamie Sives.[4]

Jory has a wry smile,[5] which he often shows to Arya Stark,[6] and he jokes while eating in the Great Hall of Winterfell.[7] Sansa Stark thinks he is less handsome than Alyn.[8]

The captain is a skilled warrior[9][10] and a confidante of Lord Eddard Stark.[9]

Jory is the son of Martyn Cassel and the nephew of Ser Rodrik Cassel, master-at-arms of Winterfell.[11]

During Robert's Rebellion, Jory attended the wedding of Eddard Stark and Catelyn Tully at Riverrun. During the bedding ceremony, he ripped Catelyn's gown in haste.[12] At the end of the war, Jory's father died fighting alongside Eddard at the tower of joy.[13]

Jory has served as Lord Eddard's captain of the guard for more than eight years.[7] Jory once brought Robb Stark, Bran Stark, and Jon Snow into the wolfswood to fish for trout in a rushing stream near Winterfell.[7] Robb and Jon have often hunted in the forest with their father and Jory.[14] The captain has also often sparred in Winterfell's yard with Robb, Jon, and Theon Greyjoy.[15]

A laughing Jory once pulled apart Sansa and Arya Stark when the sisters were having a snowball fight after a summer's snow.[16] Jory has chased Bran across the roofs of Winterfell on multiple occasions.[7] Jory accompanies Lord Eddard Stark to witness the execution of Gared, a deserter from the Night's Watch. When the party finds direwolves in the snow while returning home, he claims it is an omen that the direwolf had an antler stuck in its throat and that the pups had been born after their mother had died.[3]

As part of the plans for the feast in King Robert I Baratheon's honor, Eddard plans to send Jory south to meet Robert on the kingsroad with an honor guard.[17] Jory joins Robert's hunt for boar before the king departs Winterfell for the south.[18]

Jory accompanies Lord Stark south to King's Landing as his captain of the guard. After the incident at the Trident where Arya Stark's direwolf assaults Prince Joffrey Baratheon, Jory is the first to find Arya, who had fled.[19] He helps Arya chase away Nymeria by throwing stones at her, reassuring Arya that the woods have plenty of game for the direwolf to hunt.[20] When Queen Cersei Lannister insists that Sansa Stark's direwolf, Lady, be killed, Ned has Jory bring him Ice. After Ned kills his elder daughter's pet, Jory sends four men to escort the bones of Lady back to Winterfell.[19]

As a guard for the new Hand of the King, Jory receives a new cloak, heavy grey wool with a white satin border.[20] Lord Stark has Jory provide twenty of his fifty guardsmen to aid the City Watch of King's Landing in keeping peace during the Hand's tourney.[9]

Jory aids Eddard into his investigation of the death of his predecessor, Lord Jon Arryn, speaking with former members of the late Hand's household. The newly-knighted Ser Hugh, once Jon's squire, refuses to speak with Jory, but the captain is able to speak with a stableboy-turned-watchman, a serving girl, and a potboy-turned-cordwainer.[9] Since the watchman revealed that Jon and Lord Stannis Baratheon had visited a brothel, Ned has Jory investigate various whorehouses in the city.[9][13]

Jory takes part in the tourney, unhorsing Ser Horas Redwyne and one of the Freys. He loses to Lothor Brune in the tourney only after a judgement by King Robert.[10] Ser Hugh of the Vale is killed by Ser Gregor Clegane in the lists.[10] Jory wakes Eddard in the night to inform him that Robert intends to fight in the melee, and Ned and Ser Barristan Selmy convince the king not to do so.[13] 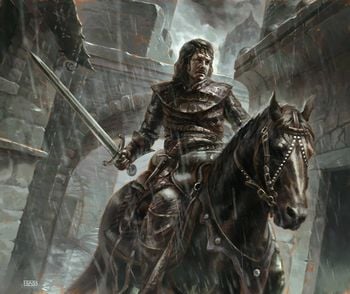 Jory accompanies Lord Eddard to Chataya's brothel to find one of Robert's bastards, Barra. On the return trip to the Red Keep, however, Jory, Heward, and Wyl are slain in the streets of King's Landing by House Lannister guards. Ser Jaime Lannister intends their deaths to be a lesson to Eddard, as Eddard's wife, Catelyn Stark, had abducted Jaime's brother, Tyrion Lannister. After the Lannisters depart, an injured Ned cradles Jory's body in the street.[5]

Lord Stark appoints Alyn as Jory's replacement. Ned sends Jory's body to the silent sisters, so they can prepare it for burial at Winterfell besides the grave of his grandfather.[21]

Following his capture of Winterfell, Theon Greyjoy sees Jory while having a nightmare of a feast.[22]

Jory is among those for whom Sansa Stark sings during the Battle of the Blackwater.[23]

After returning to Winterfell as a prisoner of House Bolton, Theon recalls Jory and other people of the castle who have died.[24] 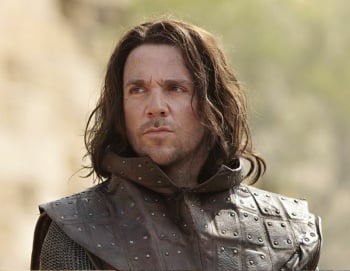 Jamie Sives as Jory in Game of Thrones

Jory: Trouble, my lord?
Eddard: Beyond a doubt. Come, let us see what mischief my sons have rooted out now.[3]

Jory: Is there any other service I might perform?

Eddard: We all lie. Or did you truly think I'd believe that Nymeria ran off?


Arya: Jory promised not to tell.

They killed Jory? Why would anyone kill Jory?[7]