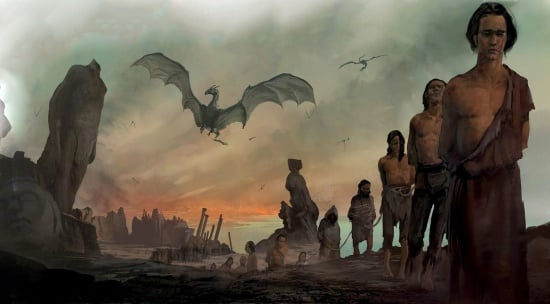 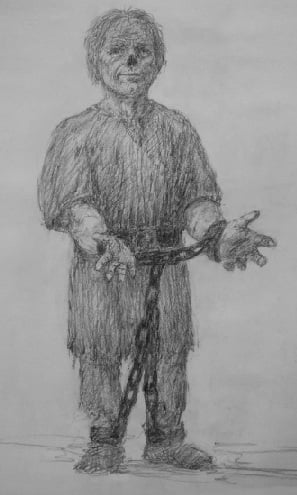 Slavery is mentioned in the earlier novels but it is given more prominence in A Storm of Swords and becomes a main plot consideration in A Dance with Dragons.

However, the illegal practice does take place in Westeros sometimes. Ser Jorah Mormont once sold a few poachers to some Tyroshi slavers and had to flee to the Free Cities when his crime was discovered by Lord Eddard Stark, who condemned Jorah to death for his crime. It is said that Cersei Lannister had the mother of King Robert I Baratheon's bastard twins sold to a passing slaver, presumably because she could not bear such an affront to her pride that close to home.[2]

According to some such as Tyrion Lannister, however, the smallfolk of Westeros do not live too differently from slaves.[3]

Yunkai is known for training bed slaves not warriors. A bed slave in Yunkai learns the way of the seven sighs and the sixteen seats of pleasure.[12]

Unsullied, eunuch slave soldiers, are made in Astapor. The Unsullied learn the way of the three spears.[12]

The Dothraki make slaves by enslaving conquered peoples and selling them, often to the Ghiscari who train them. Dothraki keep slaves from many lands, notably in Vaes Dothrak, which was built by slaves, where they serve the dosh khaleen. Dothraki also sell their own kind, and when khalasars battle the defeated Dothraki are enslaved. [13] 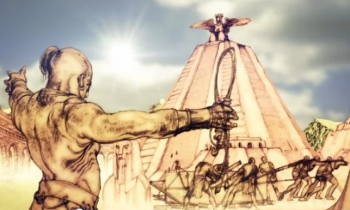 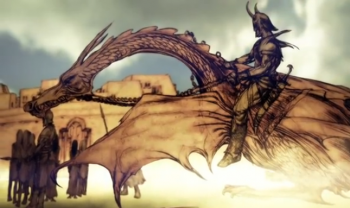 In the mines underneath the Fourteen Flames "only the worst" slaves toiled, burned, and died to find gold and silver. Slave revolts were common in the mines, but the Valyrians were strong in sorcery and able to put them down. When there was war, the Valyrians took thousands of slaves, and when there was peace they bred them.[14]

It is said the first Faceless Man existed in Valyria. There he brought death to the slaves who lived horrid lives toiling in the heat of the Fourteen Flames, praying for an end. He came to realize that the many gods they prayed to were one god, and that he was an instrument of the gods.[14]

After Khal Drogo's defeat of Khal Ogo and the Lamb Men, Ser Jorah Mormont advises him to make for Meereen. The city had a plague the previous year so the brothels are paying double for healthy young girls and triple for boys under ten. Jorah tells Daenerys Targaryen that if enough enslaved children survive the journey the gold earned from their sale will buy them all the ships they need to sail for Westeros.[15] Before her dragons are born Daenerys frees the slaves of what is left to her of Drogo's khalasar.

Before giving her khalasar the order to enter the red waste, Daenerys contemplates heading downriver with her ragged band to the ports of Meereen, Yunkai, and Astapor, but Rakharo warns her that Khal Pono's khalasar had ridden that way, driving thousands of captives before them to sell in the fleshmarts of Slaver's Bay.[16]

In the House of the Undying Daenerys sees a vision of ten thousand slaves lifting bloodstained hands as she races by on her silver, riding like the wind.[17] 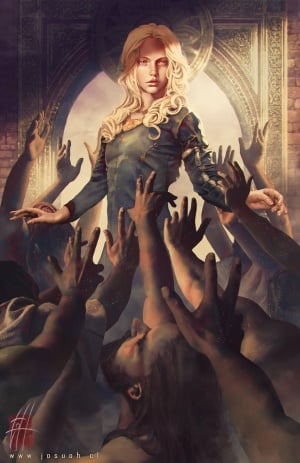 Daenerys frees slaves at Astapor, Yunkai, and Meereen. She fills the ranks of her army with the slaves she freed, people who are completely loyal to her and who have no aspirations beyond protecting their newly obtained freedom.

Euron Greyjoy mentioned that the price of slaves is rising since the fall of Astapor and Meereen.[18] After the taking of the Shields, Euron plans to sell his captives as slaves in Lys and Volantis which will give the Iron Fleet sufficient gold to buy provisions.[18] Victarion Greyjoy is disturbed by this as it is not the Old Way.[18]

As part of the peace between the Wise Masters and Daenerys Targaryen, Queen of Meereen, slavery is prohibited within the walls of Meereen but Yunkai is free to trade in slaves unmolested. The Yunkish lords besieging the city set up a slave market within sight of its walls.

Slavers take some of the wildlings at Hardhome.

A man should be able to do as he likes with his own chattel. [6]

Lot ninety-seven … A pair of dwarfs, well trained for your amusement.

My queen, there have been no slaves in the Seven Kingdoms for thousands of years. The old gods and the new alike hold slavery to be an abomination. Evil. If you should land in Westeros at the head of a slave army, many good men will oppose you for no other reason than that. You will do great harm to your cause, and to the honor of your House. [1]

No man wants to be owned

Slaves perished by the score, but their masters did not care. Red gold and yellow gold and silver were reckoned to be more precious than the lives of slaves, for slaves were cheap in the old Freehold. [14]

Take this one as our gift to you, a token of a bargain well struck. [1]

Taking a man as a thrall or woman as a salt wife, that was right and proper, but men were not goats or fowl to be bought and sold for gold. [20]

There have been no slaves in the Seven Kingdoms for thousands of years. The old gods and the new alike hold slavery to be an abomination. Evil. If you should land in Westeros at the head of a slave army, many good men will oppose you for no other reason than that. You will do great harm to your cause, and to the honour of your House.

There was never a slave who did not choose to be a slave. Their choice may be between bondage and death, but the choice is always there. [3]

This arrogant child has taken it upon herself to smash the slave trade, but that traffic was never confined to Slaver's Bay. It was part of the sea of trade that spanned the world, and the dragon queen has clouded the water. [21]

Xaro: We curse the rain when it falls upon our heads, yet without it we should starve. The world needs rain ... and slaves. You make a face, but it is true. Consider Qarth. In art, music, magic, trade, all that makes us more than beasts, Qarth sits above the rest of mankind as you sit at the summit of this pyramid ... but below, in place of bricks, the magnificence that is the Queen of Cities rests upon the backs of slaves. Ask yourself, if all men must grub in the dirt for food, how shall any man lift his eyes to contemplate the stars? If each of us must break his back to build a hovel, who shall raise the temples to glorify the gods? For some men to be great, others must be enslaved.
Daenerys: Slavery is not the same as rain. I have been rained on and I have been sold. It is not the same. No man wants to be owned. [22]

Yezzan's slaves ate better than many peasants back in the Seven Kingdoms and were less likely to starve to death come winter. Slaves were chattel, aye. They could be bought and sold, whipped and branded, used for carnal pleasure of their owners, bred to make more slaves. In that sense they were no more than dogs or horses. But most lords treated their dogs and horses well enough. Proud men might shout that they would sooner die free than live as slaves, but pride was cheap. When the steel struck the flint, such men were as rare as dragon's teeth; elsewise the world would not have been so full of slaves. [3]

His pets, thought Tyrion. And he loved us so much that he sent us to the pit, to be devoured by lions. [3]

You could breed the two of them, get good coin for the whelps.