Year 100 After the Conquest (100 AC) is a year in the Westerosi calendar, the 100th after Aegon's crowning in Oldtown that maesters and educated people use as a reference to date the years.

In 100 AC Ser Ryam Redwyne was relieved of his duties as Hand after only a year in office, and was replaced by the Old King's son and heir Baelon. And at the seventh moon of the year, the Good Queen Alysanne died at Dragonstone, where she had retired to life her last days.[1][2] 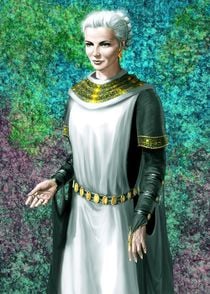