From A Wiki of Ice and Fire
(Redirected from Whores)
Jump to: navigation, search 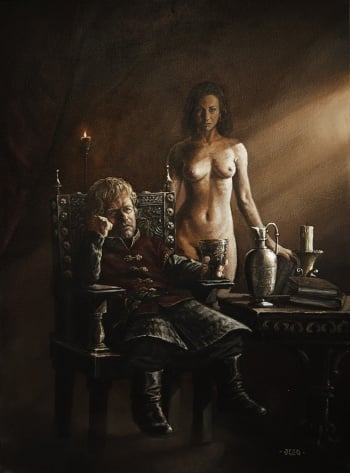 Prostitution is the act or practice of providing sexual services to another person in return for payment, most frequently coin. The person who receives payment for sexual services is called a prostitute but is also known in the A Song of Ice and Fire novels by the term whore. Prostitutes who follow an army are included in the camp followers,[1][2] and some are politely grouped with serving washerwomen.[2][3] If a camp follower attaches herself to a single man for the duration of a campaign, she is referred to as a camp bride.[2] 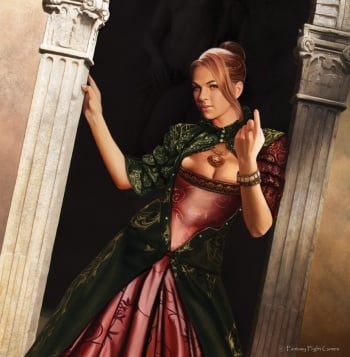 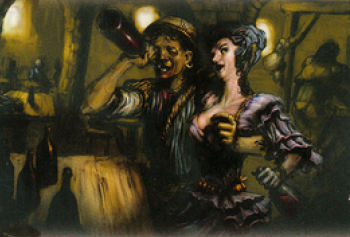 Prostitutes are normally on the bottom rung of the ladder of society, even the wealthier ones, and are looked down upon by most people because of their trade. Tywin Lannister is well known for his disdain of whores and of those who take advantage of their services.[4] It is considered dishonorable for a nobleman to openly frequent whores and brothels, hence the secret passageway that runs from Chataya's brothel in King's Landing to a nearby stable. Despite these attitudes, Westeros teems with brothels and whores.

On Maiden's Day, maidens of noble houses are required to go to the sept to light tall white candles at the Maiden's feet and hang parchment garlands about her neck. On that day, mothers, whores, widows, and men are barred from the sept.[9]

A virgin prostitute's maidenhead can cost a golden dragon.[8]

The Ghiscari Red Graces are religious prostitutes housed in the Temple of the Graces in Meereen. There is no shame in their prostituting themselves, but the same cannot be said of the Westerosi counterpart.[16]

Washerwoman. That was the polite way of saying "camp follower", which was the polite way of saying "whore". Where they came from, Theon could not say. They just seemed to appear, like maggots on a corpse or ravens after a battle. Every army drew them. Some were hardened whores who could fuck twenty men in a night and drink them all blind. Others looked as innocent as maids, but that was just a trick of their trade. Some were camp brides, bound to soldiers they followed with words whispered to one god or another but doomed to be forgotten once the war was done. They would warm a man's bed by night, patch holes in his boots at morning, cook his supper come dusk, and loot his corpse after the battle. Some even did a bit of washing. With them, oft as not, came bastard children, wretched, filthy creatures born in one camp or the other.[2]